Phil who is a fellow member of the Association of Chartered Certified Accountants, began his career in accountancy in 1988 and worked for several local accountants before joining the Practice in 1993. Based in the Penzance office, he progressed through the company from junior to manager and in 2015 became a partner in the practice which he now runs jointly with Neil Hallam who is based in the Newquay office. The focus is to provide a modern, pro-active and high quality all round accountancy service, with a strong emphasis on business advice.

With a varied client portfolio that includes Limited Companies, Partnerships, Sole Traders, Clubs and Associations, Phil looks after clients large and small, involved in the local trades of farming, fishing and the holiday industry, as well as those involved in retail, manufacturing and service industries.

His interests and hobbies include football, record collecting, time with family and friends and walking his dog.

Julie joined the practice in 1976.

Her interests and hobbies include reading, gardening and walking her dog.

Trystan joined the Practice in September 2004 as a trainee Accountant. He has worked his way up through the company, assisting Phil Lamerton for a number of years, and managed the Penzance Payroll Bureau for five years to April 2014.

He now manages a varied portfolio of clients that include Limited Companies, Partnerships and Sole Traders. Trystan looks after clients involved in farming, fishing, engineering and consultancy as well as those involved in retail, manufacturing and service industries.

Trystan's qualifications include a BA (Hons) in Business Administration, a HND in International Business and is a Fellow Member of the Association of Accounting Technicians.

His interests and hobbies include cycling, going to the gym, travelling and he is a keen Chelsea football fan.

Avril joined the practice in 2004 and assists with Accounts and Tax preparation.

Her interests and hobbies include gardening, especially growing her own vegetables, reading, crosswords and jigsaws.

Laura joined us in August 2009 as Secretary/Receptionist and is now Accounts Assistant to Trystan.

She attended the Royal Welsh College of Music and Drama in Cardiff where she obtained BMus (Hons). Laura has recently completed AAT 3 Advanced Diploma in Accounting.

Laura is a member of several bands and orchestras in West Cornwall playing various genres from big band jazz to orchestral music. In her spare time Laura enjoys walking the coast paths of Cornwall.

Katie joined the team in June 2021 and will be an additional Accounts Assistant to all 3 client managers.

She has a Bachelor of Science in Marine Biology from Portsmouth University but after the birth of her daughter decided to change careers, achieving a Merit in her AAT level 4 Professional diploma in Accounting and becoming a member of the Association of Accounting Technicians.

In her spare time, she enjoys watching all types of sport and where possible attending live sporting events especially the rugby where she supports the Irish national team. She also enjoys music and attending live performances whenever possible. Her other hobbies and interests include swimming, fishing and spending time outdoors and travelling with her family.

Natalie joined us in September 2009 as Receptionist and dealt with all of our typing and administration in reception.

Her duties and responsibilities have grown since joining us and she now deals with all the marketing aspects of the firm, maintenance of the website and social media platforms and all of our advertising, together with being an assistant to Phil and Neil, the company Directors.

Also since joining us, Nat has gained an NVQ in Business and Administration, together with Text Processing and Word Processing qualifications.

Her interests and hobbies include reading, travelling, spending time with friends and running around after her young family!

Nicole joined the team in August 2017 as Receptionist (maternity cover) and deals with all of our typing and administration in reception, along with various other reception duties.

Nicole has come from the North West and predominantly a hotel management background, and is looking for a career change that fits in with the busy life of being a mother. She is currently looking at beginning her AAT 2 Foundation Certificate in Accounting.

Nicole's hobbies include baking lovely treats for the team, spending time with her son, cycling along the beautiful Cornish Cycle Paths, and she is also a keen Everton Fan.

Bridget joined the team in September 2021 as a receptionist covering maternity leave.

She was a member of the Association of Accounting Technicians and will be returning to an accountants role in the near future.

Her interests include running, walking the coastal paths and camping. 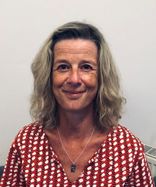 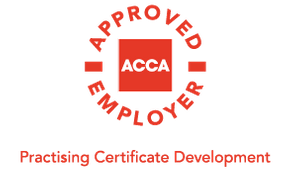